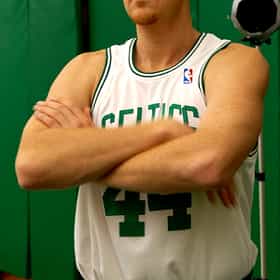 Brian David Scalabrine (born March 18, 1978) is an American former professional basketball player who is currently a television analyst for the Boston Celtics of the National Basketball Association (NBA). He is also the co-host of "The Starting Lineup", which airs weekdays from 7-10am ET on SiriusXM NBA Radio. Raised in Enumclaw, Washington, Scalabrine attended the University of Southern California after transferring from Highline College. As a member of the USC Trojans men's basketball team, Scalabrine was the top scorer and a leader in field goals and rebounds. He also played at the center position in college. The New Jersey Nets selected him in the second round of the 2001 ... more on Wikipedia

Brian Scalabrine is ranked on...

Brian Scalabrine is also found on...