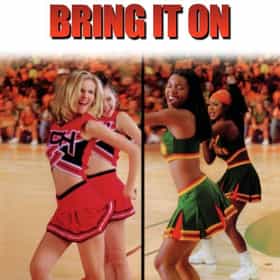 Bring It On is a 2000 American teen comedy film that was directed by Peyton Reed and written by Jessica Bendinger. It was followed by four direct-to-video sequels, none of which contain any of the original cast members: Bring It On Again, which shared producers with the original, Bring It On: All or Nothing, Bring It On: In It to Win It, and Bring It On: Fight to the Finish. The plot of the film centers on Torrance Shipman, who inherits the position of captain on her high school's cheerleading squad and attempts to lead her team to a sixth national title. ... more on Wikipedia

Bring It On is ranked on...

Bring It On is also found on...