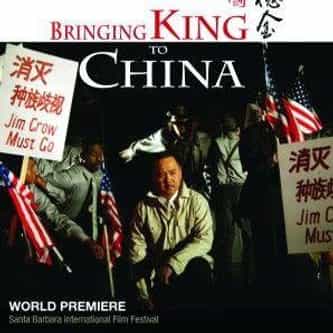 Bringing King to China is a 2011 documentary film by Kevin McKiernan. The cinematographers include three-time Oscar-winner Haskell Wexler. The documentary is "a father's 'love letter' to his adult daughter, a young American woman struggling to bring Martin Luther King, Jr.'s dream of nonviolence to China, and then back to the United States. Her life is thrown into turmoil when she learns, mistakenly, that her father, a journalist covering the war in Iraq, has been killed by a suicide ... more on Wikipedia

Bringing King to China IS LISTED ON