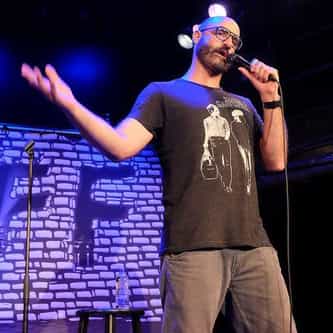 Steven James Brody (May 22, 1970 – February 22, 2019), better known as Brody Stevens, was an American stand-up comedian and actor. Stevens first tried stand-up in Los Angeles, before moving to Seattle, where he began developing an act, in addition to co-creating and co-starring in a public-access television show with Teina Manu called Brody and Teina that garnered a cult following. His career continued for a three-year stint in New York City, before he found a permanent home in the Los ... more on Wikipedia

Brody Stevens IS LISTED ON