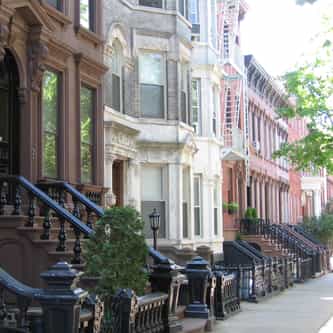 Brooklyn is the most populous of New York City's five boroughs, with about 2.6 million people. It is geographically adjacent to the borough of Queens at the western end of Long Island. Since 1896, Brooklyn has had the same boundaries as Kings County, which is the most populous county in New York and the second-most densely populated county in the United States, after New York County. With a land area of 71 square miles and water area of 26 square miles, Kings County is the fourth-smallest ... more on Wikipedia

Brooklyn IS LISTED ON