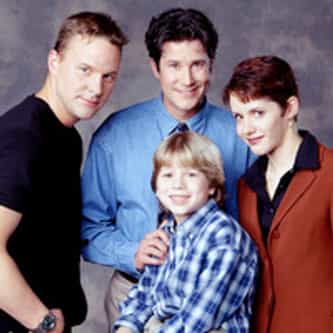 Brother's Keeper is an American television sitcom that ran for one season from September 25, 1998 to May 14, 1999 on ABC. Created by Donald Todd, the series chronicles the rocky coexistence of Porter Waide and his irresponsible pro-football player brother Bobby Waide, who is contractually forced to move into his brother's house, where Bobby's lifestyle often clashes with that of Porter's, and becomes an unwitting second parent to Porter's son Oscar. ... more on Wikipedia

Brother's Keeper IS LISTED ON