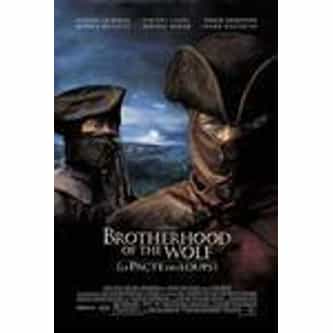 Brotherhood of the Wolf

Brotherhood of the Wolf is a 2001 French historical horror-action film directed by Christophe Gans, written by Gans and Stéphane Cabel, starring Samuel Le Bihan, Mark Dacascos, Emilie Dequenne, Monica Bellucci, and Vincent Cassel. The film is loosely based on a real-life series of killings that took place in France in the 18th century and the famous legend around the Beast of Gévaudan; Parts of the film were shot at Château de Roquetaillade. The film has several ... more on Wikipedia

Brotherhood of the Wolf IS LISTED ON