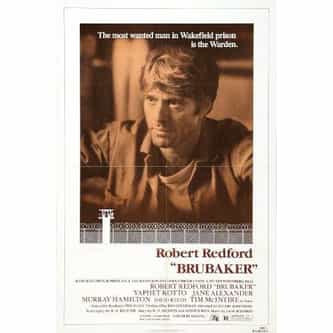 Tagline
The most wanted man in Wakefield prison is the warden!

Along Came a Spider

Brubaker IS LISTED ON