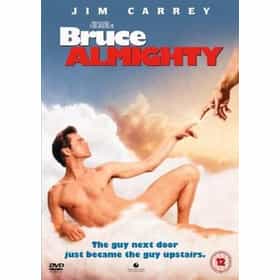 Bruce Almighty is a 2003 American religious comedy-drama film directed by Tom Shadyac, written by Steve Koren, Mark O'Keefe and Steve Oedekerk and stars Jim Carrey as Bruce Nolan, a down-on-his-luck TV reporter who complains to God that he is not doing his job correctly, and is offered the chance to try being God himself for one week. This is Shadyac and Carrey's third collaboration after working together on Shadyac's first film, Ace Ventura: Pet Detective, in 1994 and Liar Liar in 1997. ... more on Wikipedia

Bruce Almighty is ranked on...

Bruce Almighty is also found on...