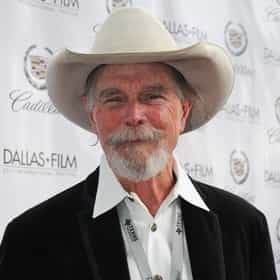 Walter Clarence Taylor, III (born May 13, 1938), known as Buck Taylor, is an American actor best known for his role as gunsmith-turned-deputy Newly O'Brien in 174 episodes during the last eight seasons of CBS's Gunsmoke television series (1967–1975). In recent years, he has painted the portrait of his friend and Gunsmoke series' star James Arness. Taylor's painting specialty is the American West, and each year, he creates the posters for several Texas rodeos. Taylor lives with his second wife on a ranch near Fort Worth, Texas. ... more on Wikipedia

Buck Taylor is ranked on...

#101 of 167 The Greatest Western Movie Stars 237.4k VOTES All the greatest Western movie stars of television and film in one list of the best cowboy actors. Some of these top Western...
#9 of 25 The Best Gunsmoke Actors 468 VOTES As great as the Gunsmoke cast was, surprisingly few of the show's actors were ever recognized for their work on the show. Th...

Buck Taylor is also found on...