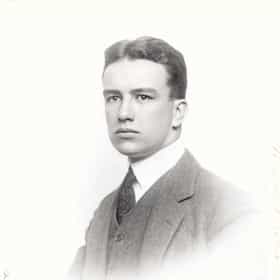 Richard Buckminster "Bucky" Fuller was an American neo-futuristic architect, systems theorist, author, designer, and inventor. Fuller published more than 30 books, coining or popularizing terms such as "Spaceship Earth", ephemeralization, and synergetic. He also developed numerous inventions, mainly architectural designs, and popularized the widely known geodesic dome. Carbon molecules known as fullerenes were later named by scientists for their resemblance to geodesic spheres. Buckminster Fuller was the second president of Mensa from 1974 to 1983. ... more on Wikipedia

Buckminster Fuller is ranked on...

Celebrities Who Practice Transcendental Meditation 111.3k VIEWS A list of celebrities, both big and small, who practice Transcendental Meditation. This form of mantra meditation, specifica...
#26 of 796 Famous American Inventors List 9k VOTES List of famous American inventors, listed loosely by relevance with photos when available. These are some of the greatest Am...
The Playboy Interviews Of The '70s 14.6k VIEWS Here is a list of all Playboy interview subjects of the groovy '70s. A major part of the magazine appears to be the eye-cand...

Buckminster Fuller is also found on...