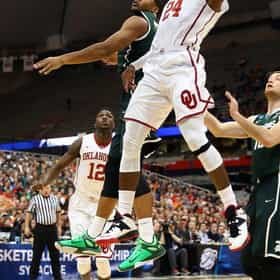 Chavano Rainier "Buddy" Hield (born December 17, 1992) is a Bahamian professional basketball player for the Sacramento Kings of the National Basketball Association. He was named the Big 12 Conference Men's Basketball Player of the Year in 2015 and 2016, and in 2016, he received four major national player of the year awards—the John R. Wooden Award, the Naismith Award, Sporting News Player of the Year, and the Oscar Robertson Trophy. Hield was selected with the sixth overall pick in the 2016 NBA draft by the New Orleans Pelicans. ... more on Wikipedia

Buddy Hield is ranked on...

Buddy Hield is also found on...