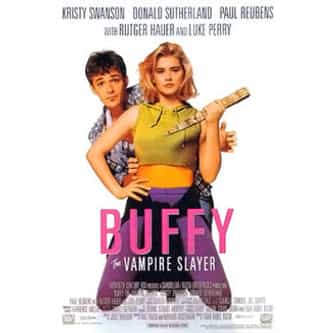 Buffy the Vampire Slayer is a 1992 American action/comedy horror film about a Valley girl cheerleader named Buffy who learns that it is her fate to hunt vampires. The film starred Kristy Swanson, Donald Sutherland, Paul Reubens, Rutger Hauer, Luke Perry and Hilary Swank. It was a moderate success at the box office, but received mixed reception from critics. The film was taken in a different direction from the one that its writer, Joss Whedon, intended, but several years later he was able ... more on Wikipedia

Buffy the Vampire Slayer IS LISTED ON