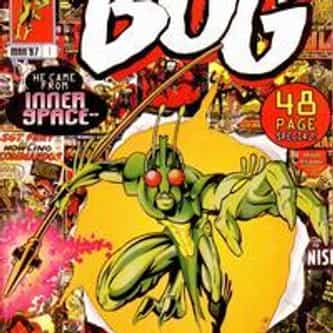 Bug is a fictional character, a superhero in the Marvel Comics Universe. Bug was originally a member of the Micronauts and later joined the second incarnation of the Guardians of the Galaxy. When he first appeared in Micronauts #1, Bug was known as Galactic Warrior, taking this name from a figure from the Micronauts toy line on which the comic book series was based. The toy based characters were all owned by Takara Co., Ltd., with any original characters owned by Marvel. Starting with the ... more on Wikipedia

Bug IS LISTED ON