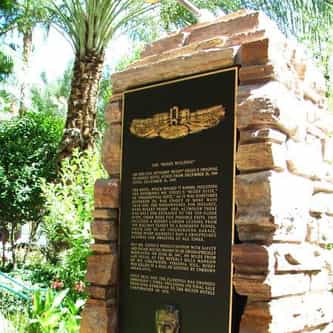 Benjamin "Bugsy" Siegel (February 28, 1906 – June 20, 1947) was an American mobster. Siegel was known as one of the most "infamous and feared gangsters of his day". Described as handsome and charismatic, he became one of the first front-page celebrity gangsters. He was also a driving force behind the development of the Las Vegas Strip. Siegel was not only influential within the Jewish mob but, like his friend and fellow gangster Meyer Lansky, he also held significant ... more on Wikipedia

Bugsy Siegel IS LISTED ON