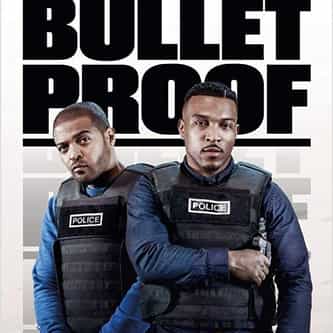 Bulletproof (Sky One, 2018 and CW, 2019) is a British television drama series, created by and starring Noel Clarke and Ashley Walters. the series follows NCA detectives, and best friends, Aaron Bishop (Clarke) and Ronnie Pike Jr. (Walters), who investigate some of the country's most dangerous criminals, including traffickers, drug dealers, and armed robbers, whilst being overseen by their boss Sarah Tanner (Lindsey Coulson). ... more on Wikipedia

Bulletproof IS LISTED ON