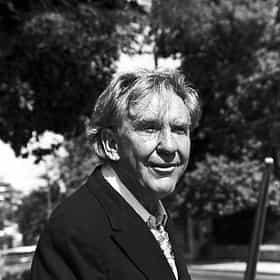 Oliver Burgess Meredith (November 16, 1907 – September 9, 1997) was an American actor, director, producer, and writer. Active for more than six decades, Meredith has been called "a virtuosic actor" and "one of the most accomplished actors of the century". A lifetime member of the Actors Studio by invitation, he won several Emmys, was the first male actor to win the Saturn Award for Best Supporting Actor twice, and was nominated for two Academy Awards.He established himself as a leading man in Hollywood with critically acclaimed performances as George Milton in Of Mice and Men (1939), Ernie Pyle in The Story of G.I. Joe (1945), and the narrator of A Walk in the Sun ... more on Wikipedia

Burgess Meredith is ranked on...

#333 of 1,149 The Best Actors in Film History 2.2M VOTES The best actors ever are ranked here in this list of the best actors in film history. These are the greatest actors ever to ...
#93 of 335 People who voted for Burgess Meredith... People over 50 are 3x more likely to vote for this The Greatest Actors Who Have Never Won an Oscar (for Acting) 450k VOTES There are many actors who haven't won an Oscar. For 95 percent of the acting population, there is probably a good reason the...
#285 of 2,001 The Greatest Actors & Actresses in Entertainment History 1.7M VOTES The best actors and actresses of all time, male and female, ranked by film fans worldwide. This list of greatest actors and ...
#13 of 311 People who voted for Burgess Meredith... People in the Midwest are 3x more likely to vote for this People outside of the US are 2x more likely to vote for this Which Actor Would You Bring Back for One Final Movie? 182.7k VOTES We asked, you answered. Fans of the Ranker Facebook page chose which dead actors they’d like to bring back to life for just ...
#42 of 116 The Best Short Actors 50.8k VOTES Who are the best short actors? Some of the incredibly famous actors on this list are surprisingly diminutive, coming in at 5...
The Locations of All Hollywood Walk of Fame Stars 417.8k VIEWS A list of stars on the Hollywood Walk of Fame, with photos. This list includes all television and movie stars. Acquiring a s...
Famous People With Bipolar Disorder 1.4M VIEWS Bipolar disorder, also known as manic depression, is a mental illness that is classified as a mood disorder. People who suff...
#10 of 26 The Best Actors Who Played Batman Villains On Film 7.3k VOTES Batman might have some of the best villains, thanks to the revolving door of Arkham Asylum. The roster of actors who played ...
#32 of 46 The Best Actors Who Played Presidents On Film 1k VOTES Several famous actors have played real U.S. presidents in films, either while they were in office and before they became fam...
20 Celebrities with (Alleged) Ties to the Mafia 697.5k VIEWS You'll be surprised by some of the celebrities with alleged ties to the mafia, the crime bosses, mafiosos, mobsters, and gan...
300+ Famous People Who Went to Prep School 12.5k VIEWS Many of the most powerful people in the world went to prep school. The children of wealthy parents - often "old money&q...
Filmsite's Great Actors (Male) Who Have Not Won An Oscar 10.3k VIEWS Filmsite's list of the greatest actors to never win an Oscar. These actors have done great work in the industry but have n...

Burgess Meredith is also found on...