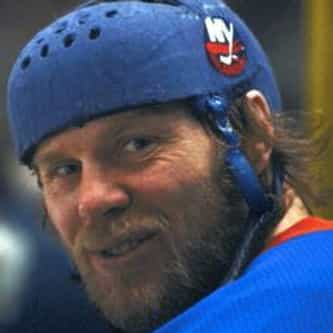 Robert Thomas "Butch" Goring (born October 22, 1949) is a Canadian retired ice hockey player. He played 16 seasons in the National Hockey League (NHL) for the Los Angeles Kings, New York Islanders and Boston Bruins. He is a four-time Stanley Cup winner with the Islanders. Since retiring as a player he has served as head coach of both the Bruins and Islanders. He currently serves as the Islanders TV color commentator alongside Islanders play by play announcer Brendan Burke. ... more on Wikipedia

Butch Goring IS LISTED ON