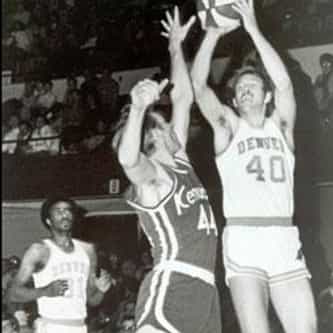 A. Byron Beck (born January 25, 1945) is an American former professional basketball player. A 6'9" forward/center from the University of Denver, Beck was one of six players (along with Louie Dampier, Gerald Govan, Bob Netolicky, Stew Johnson, and Freddie Lewis) who participated in all nine seasons (1967–1976) of the original American Basketball Association. He played for the Denver Rockets, who later became the Denver Nuggets. Beck was not blessed with superior athleticism, but he was ... more on Wikipedia

Byron Beck IS LISTED ON