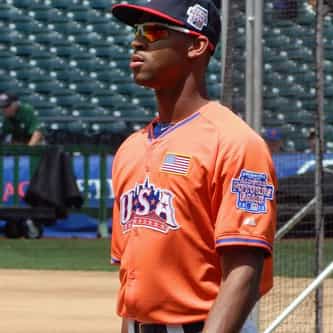 Byron Keiron Buxton is an American professional baseball player. An outfielder, he currently plays in minor league baseball within the Minnesota Twins organization. He is the top rated prospect in baseball according to MLB.com and Baseball Prospectus. Buxton attended Appling County High School in Baxley, Georgia. He was considered by some baseball analysts to be the most talented player available in the 2012 Major League Baseball Draft, and was selected as the second overall pick. He won ... more on Wikipedia

Byron Buxton IS LISTED ON