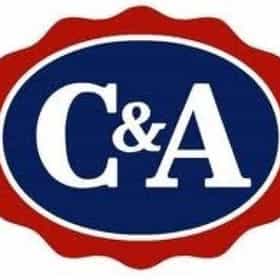 C&A is an international Dutch chain of fashion retail clothing stores, with its European head offices in Vilvoorde, Belgium, and Düsseldorf, Germany. It has retail stores in many European and Latin-American countries. Its brands include Angelo Litrico, Canda, Clockhouse, Here+There, Palomino, Rodeo, Westbury, Yessica, Yessica Pure, and Your Sixth Sense. The company was founded by brothers Clemens and August Brenninkmeijer in 1841 as a Dutch textile company, taking its company name from their initials. They were from the German Brenninkmeyer family which traded in linen and textiles since the 17th century from its hometown of Mettingen, Germany. In 2007, C&A ventured into ... more on Wikipedia