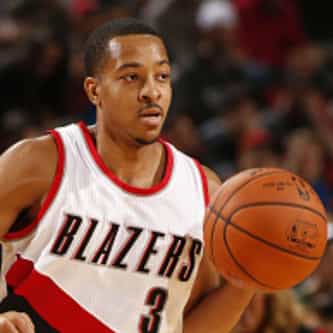 Christian James McCollum (born September 19, 1991) is an American professional basketball player for the Portland Trail Blazers of the National Basketball Association (NBA). During his third year in the league in 2015–16, he was named the NBA Most Improved Player. McCollum played college basketball for the Lehigh Mountain Hawks and was the Patriot League Men's Basketball Player of the Year in both 2010 and 2012. He was selected by Portland with the 10th overall pick in the 2013 NBA draft. ... more on Wikipedia

C. J. McCollum IS LISTED ON