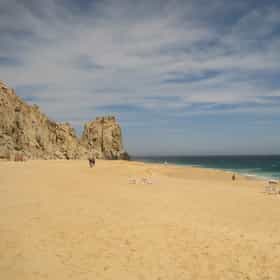 Cabo San Lucas, commonly called Cabo in American English, is a city at the southern tip of the Baja California peninsula, in the Mexican state of Baja California Sur. Cabo San Lucas together with San José del Cabo is known as Los Cabos. As of 2010, the city had a population of 68,463. Cabo has been rated as one of Mexico's top 5 tourist destinations; it is known for its beaches, scuba diving locations, balnearios, the sea arch El Arco de Cabo San Lucas, and marine life. The Los Cabos Corridor has become a heavily trafficked holiday destination for tourists, with numerous resorts and timeshares along the coast between Cabo San Lucas and San José Del Cabo. ... more on Wikipedia

Cabo San Lucas is ranked on...