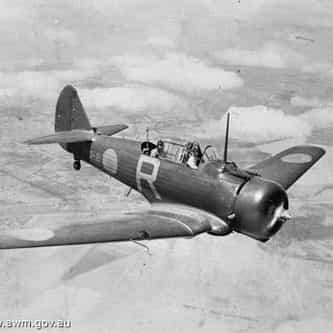 The CAC Wirraway was a training and general purpose military aircraft manufactured in Australia by the Commonwealth Aircraft Corporation between 1939 and 1946. The aircraft was an Australian development of the North American NA-16 training aircraft. During World War II, the Wirraway saw action, in a makeshift light bomber/ground attack capacity, against Japanese forces. It was also the starting point for the design of an "emergency fighter", the CAC Boomerang. ... more on Wikipedia