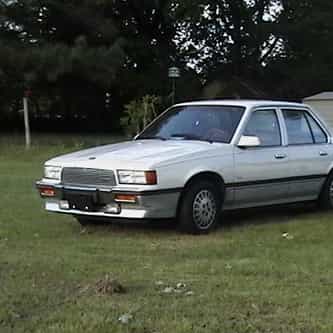 The Cadillac Cimarron was a compact luxury car built by General Motors based on the GM J platform. It was first introduced in 1981 for the 1982 model year, and sold through 1988. During its seven-year model run, 132,499 Cimarrons were built. The Cimarron was Cadillac's badge engineered entry-level product of the Chevrolet Cavalier, which was a replacement of the Chevrolet Vega. Other than the installation of Cadillac's traditional "egg crate" grille, the Cimarron didn't exhibit ... more on Wikipedia

Cadillac Cimarron IS LISTED ON