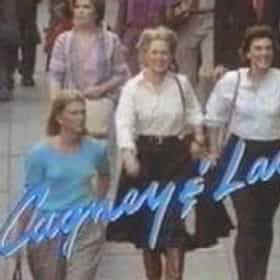 Cagney & Lacey is an American television series that originally aired on the CBS television network for seven seasons from March 25, 1982 to May 16, 1988. A police procedural, the show stars Tyne Daly and Sharon Gless as New York City police detectives who lead very different lives: Christine Cagney was a single, career-minded woman, while Mary Beth Lacey was a married working mother. The series was set in a fictionalized version of Manhattan's 14th Precinct. For six consecutive years, one of the two lead actresses won the Emmy for Best Lead Actress in a Drama, a winning streak unmatched in any major category by a show. ... more on Wikipedia

Cagney & Lacey is ranked on...