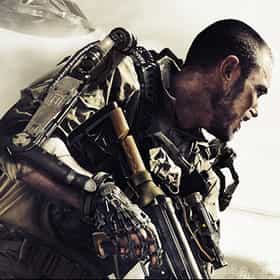 Call of Duty is a 2003 first-person shooter video game developed by Infinity Ward and published by Activision. The game simulates the infantry and combined arms warfare of World War II. The game is based on the Quake III: Team Arena engine. It was accompanied in September 2004 by an expansion pack, Call of Duty: United Offensive, which was produced by Activision, and developed by Gray Matter Interactive, with contributions from Pi Studios. Call of Duty is similar in theme and gameplay to Medal of Honor, as it is made out of single-player campaigns and missions. However, unlike Medal of Honor, the war is seen not just from the viewpoint of an American soldier but also from the viewpoint ... more on Wikipedia

Call of Duty is ranked on...

Call of Duty is also found on...