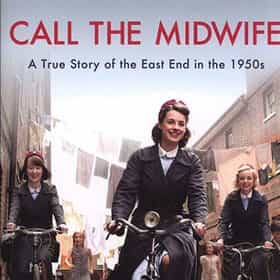 Call the Midwife is a BBC period drama series about a group of nurse midwives working in the East End of London in the 1950s and 1960s. It stars Jessica Raine, Miranda Hart, Helen George, Bryony Hannah, Laura Main, Jenny Agutter, Pam Ferris, Judy Parfitt, Cliff Parisi, Stephen McGann, Ben Caplan, Emerald Fennell, Victoria Yeates, Linda Bassett and Charlotte Ritchie. The series was created by Heidi Thomas, originally based on the memoirs of Jennifer Worth but since expanded to include new, historically sourced material. The first series of six episodes premiered in the UK on 15 January 2012. The series is produced by Neal Street Productions, a production company founded and owned by the ... more on Wikipedia

lists about Call The Midwife

Best Episodes of 'Call the Midwife' 470 votes There are so many great episodes of Call The Midwife, but which ones really stand out? Do you like the third episode of seas...

Call The Midwife is ranked on...