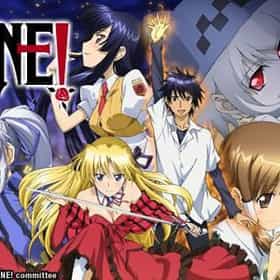 Campione! is a Japanese light novel series written by Jō Taketsuki and illustrated by Sikorski. It has been published by Shueisha in their Super Dash Bunko imprint since September 2008. It has been adapted into a manga series published in Shueisha's Super Dash & Go!. A 13-episode anime television series, produced by Diomedéa aired in Japan on AT-X and Tokyo MX beginning in July 2012 and ended in September 2012. Sentai Filmworks released an English dub of the TV series in North America. The novel's story focuses on Godou Kusanagi, a retired baseball player, as he becomes a Campione after killing the god of war, Verethragna. ... more on Wikipedia

Campione! is ranked on...