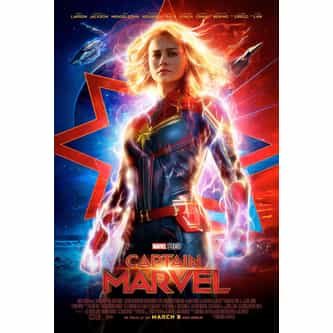 Captain Marvel is a 2019 American superhero film directed by Anna Boden and Ryan Fleck, based on the Marvel Comics character. In 1995, former U.S. Air Force fighter pilot Carol Danvers (Brie Larson) turns into one of the galaxy’s mightiest heroes and joins Starforce, an elite Kree military team, before returning home with new questions about her past and identity when the Earth is caught in the center of a galactic conflict between two alien worlds. ... more on Wikipedia

31.4k readers Everything We Know About The Captain Marvel Movie

Captain Marvel IS LISTED ON