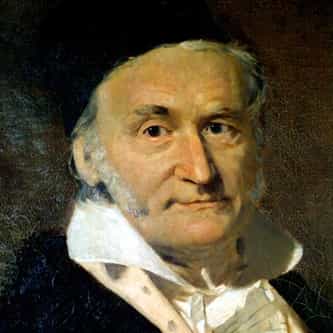 Johann Carl Friedrich Gauss (; German: Gauß [ˈkaɐ̯l ˈfʁiːdʁɪç ˈɡaʊs] (listen); Latin: Carolus Fridericus Gauss; (30 April 1777 – 23 February 1855) was a German mathematician and physicist who made significant contributions to many fields in mathematics and sciences. Sometimes referred to as the Princeps mathematicorum (Latin for "the foremost of mathematicians") and "the greatest mathematician since antiquity", Gauss had an exceptional influence in many ... more on Wikipedia

Carl Friedrich Gauss IS LISTED ON