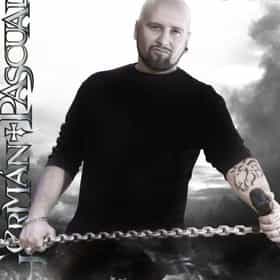 Carl Johan Grimmark (born October 14, 1977) is a Swedish guitarist. He has appeared with several influential Christian metal bands including Narnia, Saviour Machine, and Rob Rock. He recently joined the band Beautiful Sin in 2006. He also has been a special guest guitarist on fellow Narnia bandmate Christian Liljegren's side projects Divinefire and Audiovision. He recently recorded his debut solo album that is set to be titled Grimmark, where he also handles the lead vocals. Grimmark's style of playing, especially on Narnia's earlier work, is often compared to the neo-classical metal stylings of Yngwie Malmsteen[1], or under a more broad genre, neo-classicism. Grimmark is the main ... more on Wikipedia