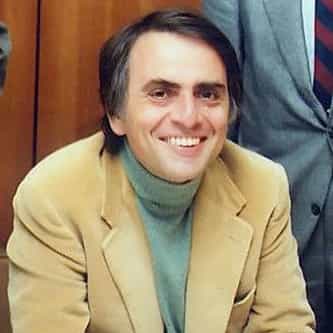 Carl Edward Sagan (; November 9, 1934 – December 20, 1996) was an American astronomer, cosmologist, astrophysicist, astrobiologist, author, science popularizer, and science communicator in astronomy and other natural sciences. He is best known for his work as a science popularizer and communicator. His best known scientific contribution is research on extraterrestrial life, including experimental demonstration of the production of amino acids from basic chemicals by radiation. Sagan ... more on Wikipedia

6.3k readers Here Are All The Things Carl Sagan Sent Into Space In The '70s To Represent Humanity

Carl Sagan IS LISTED ON