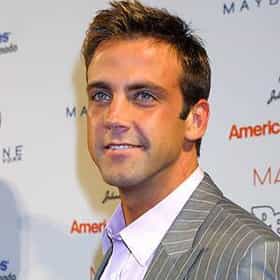 Carlos Ponce (born September 4, 1972) is a Puerto Rican actor, singer, composer and television personality. Ponce began his acting career by participating in Spanish language soap operas for Televisa and Telemundo. Ponce continued to expand his acting career by participating in various American television series. He did not limit himself solely to a career in television. Ponce, who is also a singer, is also active in the American movie industry as a character actor. In film, he played Salvadore in Couples Retreat, Matthew Wright in Spy and Rodrigo in Deuce Bigalow: European Gigolo. In television, he played Felix Gonzalez in Cristela, Max Duran in Hollywood Heights, as well as voicing ... more on Wikipedia

Carlos Ponce is ranked on...

275+ Celebrities with Twin Children 396.9k VIEWS List of celebrities who have twin children, along with the names of the kids, their years of birth, and their other parent...
14 Hollywood Stars Who Got Their Start On Telenovelas 7.8k VIEWS Stars like Sofia Vergara, Salma Hayek, and Diego Luna - some of the most popular and acclaimed actors in American ...

Carlos Ponce is also found on...