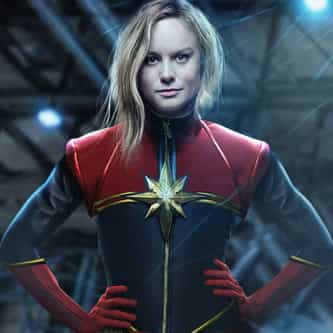 Carol Danvers is a fictional character, a superhero that appears in comic books published by Marvel Comics. Created by writer Roy Thomas and designed by artist Gene Colan, Major Carol Danvers first appeared as a member of the United States Air Force in Marvel Super-Heroes #13 and debuted as the first incarnation of Ms. Marvel in Ms. Marvel #1 after a fusion of alien Kree and human genes gives her superhuman powers, which occurred in Captain Marvel #18. Debuting in the Silver Age of comics, ... more on Wikipedia