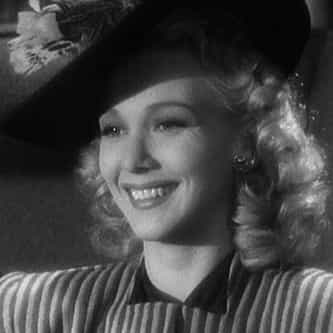 Carole Landis (born Frances Lillian Mary Ridste; January 1, 1919 – July 5, 1948) was an American actress and singer. She worked as a contract-player for Twentieth Century-Fox in the 1940s. Her breakthrough role was as the female lead in the 1940 film One Million B.C., with United Artists. Landis was known as "The Ping Girl" and "The Chest" because of her curvy figure.Landis committed suicide on July 5, 1948, at the age of 29 by taking a barbiturate overdose. ... more on Wikipedia

Carole Landis IS LISTED ON

#462 of 3,027
138.4M VOTES The Most Beautiful Women of All Time People over 50 are 3x more likely to vote for this
#633 of 753
2.3M VOTES People We Wish Were Still Alive
#44 of 80
81.9k VOTES The Hottest Classic Actresses
#14 of 24
25.9k VOTES The Hottest Pin-Up Girls from the 1940s
421.8k VIEWS The Locations of All Hollywood Walk of Fame Stars
8.3k VIEWS Celebrities Born On New Year's Day
Famous People From Wisconsin Famous People Who Died of Drug Overdose List of Famous Pin-up Girls Famous People Who Died in California Women Who Charlie Chaplin Has Dated Full Cast of Hidden Hollywood II Actors/Actresses Famous Pin-up Girls Women Who Darryl F. Zanuck Has Dated Famous Film Actors From Wisconsin Famous People Born in 1919