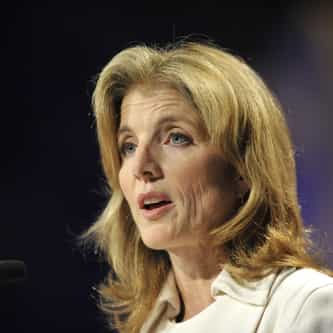 Caroline Bouvier Kennedy (born November 27, 1957) is an American author, attorney, and diplomat who served as the United States Ambassador to Japan from 2013 to 2017. She is a prominent member of the Kennedy family and the only surviving child of President John F. Kennedy and First Lady Jacqueline Bouvier Kennedy. Kennedy was five days shy of her sixth birthday when her father was assassinated on November 22, 1963. The following year, Caroline, her mother, and brother John F. Kennedy Jr. ... more on Wikipedia

Caroline Kennedy IS LISTED ON