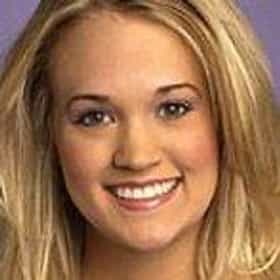 Carrie Marie Fisher (née Underwood; born March 10, 1983) is an American singer, songwriter, and actress. She rose to fame as the winner of the fourth season of American Idol in 2005. Her debut single, "Inside Your Heaven", is the only country song to debut at number one on the US Billboard Hot 100. Her debut album, Some Hearts, was released in 2005. Bolstered by the huge crossover success of the singles "Jesus, Take the Wheel" and "Before He Cheats", it became the best-selling solo female debut album in country music history, the fastest-selling debut country album in Nielsen SoundScan history and the best-selling country album of the last 16 years. ... more on Wikipedia

Carrie Underwood is ranked on...

Carrie Underwood is also found on...