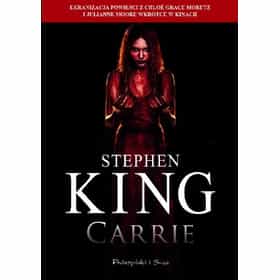 Carrie is a 2013 American supernatural horror film. It is the third film adaptation of Stephen King's 1974 novel of the same name, though Metro-Goldwyn-Mayer and Screen Gems, who produced the film, employed a script that was reportedly more faithful to King's original novel. The film stars Chloë Grace Moretz as the titular Carrie White, and Julianne Moore as Carrie's mother, Margaret White. Following the initial announcement of March 15, 2013 as the release date, the film's public launch was later postponed to October 18, 2013. ... more on Wikipedia

Carrie is ranked on...