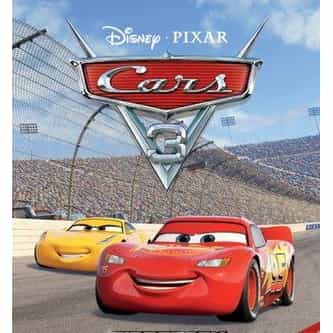 Cars 3 is a 2017 American 3D computer-animated comedy film produced by Pixar. After being trounced in many races by hightech racer Jackson Storm (Armie Hammer), many begin to wonder if the famous Lightning McQueen (Owen Wilson) will retire from racing after he endures a terrible crash. To preserve his racing career, he seeks help from race technician Cruz Ramirez (Cristela Alonzo) and some other friends to train and attempt a comeback in the Florida 500. ... more on Wikipedia

Cars 3 IS LISTED ON