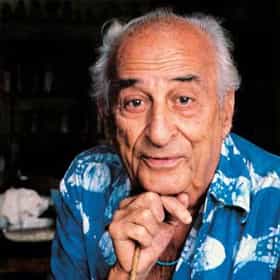 Héctor Julio Páride Bernabó or Carybé (Lanús, Buenos Aires province, Argentina, 7 February 1911 – Salvador, Bahia, Brazil, 2 October 1997) was a painter, engraver, draughtsman, illustrator, potter, sculptor, mural painter, researcher, historian and journalist. He settled in Brazil and naturalized as a Brazilian. While living in Rio de Janeiro, he was a scout. There, scouts were nicknamed after types of fish, and he was given the nickname of Carybé (a kind of piranha). So the artist used it as an alias for his Christian name, which was very similar to his brother’s name, who was also an artist. He produced five thousand pieces of work, including ... more on Wikipedia

Carybé is also found on...