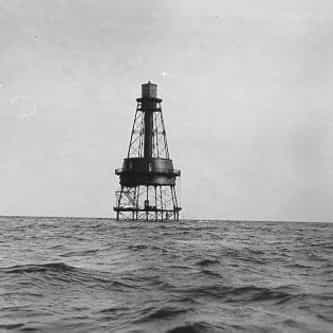 Carysfort Reef Light is located approximately six nautical miles east of Key Largo, Florida. The lighthouse has an iron screw-pile foundation with a platform, and a skeletal, octagonal, pyramidal tower, which is painted red. The light is 100 feet above the water. It is the oldest functioning lighthouse of its type in the United States, completed in 1852. Carysfort Reef is named for HMS Carysfort, a 20-gun Royal Navy post ship that ran aground on the reef in 1770. The light is currently a ... more on Wikipedia

Carysfort Reef Light IS LISTED ON