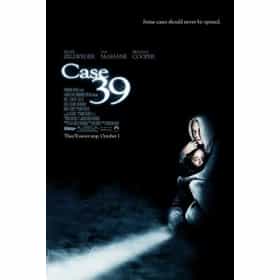 Case 39 is a 2009 American psychological horror film directed by Christian Alvart, and stars Renée Zellweger, Jodelle Ferland, Bradley Cooper and Ian McShane. The film was shot in Vancouver in late 2006 and was released theatrically in the UK, European and Latin American countries on August 13, 2009. The film was initially scheduled for America release in August 2008, but was delayed twice before its final release date on October 1, 2010. ... more on Wikipedia