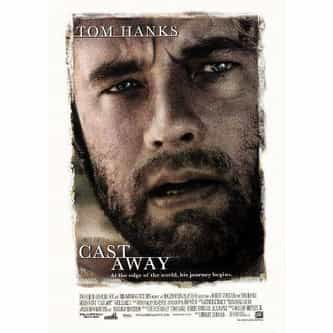 Tagline
At the edge of the world
his journey begins.

Cast Away is a 2000 American adventure drama film directed and produced by Robert Zemeckis and starring Tom Hanks as a FedEx employee stranded on an uninhabited island after his plane accident in the South Pacific. The film depicts his attempts to survive on the island using remnants of his plane's cargo. The film was a critical and commercial success, and Hanks was nominated for Best Actor in a Leading Role at the 73rd Academy Awards for his performance. ... more on Wikipedia

lists about Cast Away

407.2k readers Behind-The-Scenes Stories That Will Change The Way You Watch 'Cast Away'

117 votes The Best Quotes From The Movie 'Cast Away'

Cast Away IS LISTED ON