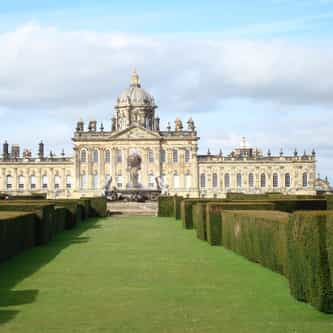 Castle Howard is a stately home in North Yorkshire, England, 15 miles north of York. It is a private residence, the home of the Carlisle branch of the Howard family for more than 300 years. Castle Howard is not a true castle, but this term is also used for English country houses erected on the site of a former military castle. It is familiar to television and film audiences as the fictional "Brideshead", both in Granada Television's 1981 adaptation of Evelyn Waugh's Brideshead ... more on Wikipedia

Castle Howard IS LISTED ON