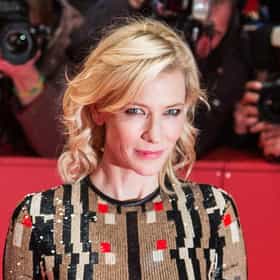 Catherine Elise Blanchett (; born 14 May 1969) is an Australian-American actress and theatre director. She is the recipient of various accolades, including two Academy Awards, three Golden Globe Awards, and three BAFTA Awards. Time magazine named her one of the 100 most influential people in the world in 2007, and in 2018, she was listed among the highest-paid actresses in the world. After graduating from the National Institute of Dramatic Art, Blanchett began her acting career on the Australian stage, taking on roles in Electra in 1992 and Hamlet in 1994. She came to international attention for portraying Elizabeth I of England in the drama film Elizabeth (1998), for which she won the ... more on Wikipedia

Cate Blanchett is ranked on...

Cate Blanchett is also found on...