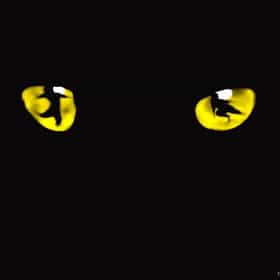 Cats is a musical composed by Andrew Lloyd Webber, based on Old Possum's Book of Practical Cats by T. S. Eliot, and produced by Cameron Mackintosh. The musical tells the story of a tribe of cats called the Jellicles and the night they make what is known as "the Jellicle choice" and decide which cat will ascend to the Heaviside Layer and come back to a new life. Cats introduced the song standard "Memory". Directed by Trevor Nunn and choreographed by Gillian Lynne, Cats first opened in the West End in 1981 and then with the same creative team on Broadway in 1982. It won numerous awards, including Best Musical at both the Laurence Olivier Awards and the Tony Awards. ... more on Wikipedia

Every Song in Cats, Ranked by Singability 2.6k votes If you're a musical-loving cat person with a taste for all things weird and wonderful, chances are you're more than familiar...

Cats is ranked on...

#32 of 196 People who voted for Cats... also upvote The Lion King on Musical Movies With the Best Songs also upvote Harry Potter Franchise on The Best Movies of All Time The Greatest Musicals Ever Performed on Broadway, Ranked 215.3k VOTES List of the best musicals to ever run on stage, whether on Broadway, the West End, or in smaller fringe theaters around the ...
#26 of 65 The Best Tony Award Winning Musicals 6.7k VOTES This list ranks the greatest musicals that have won the Tony Award for Best Musical, though many of these Broadway musical...
#7 of 33 The Best Broadway Musicals of the 80s 3.7k VOTES There's nothing quite like a live Broadway musical. But what are the best Broadway musicals from the 80s? From Cats to the P...
#19 of 46 People who voted for Cats... also upvote Star Trek Franchise on The Greatest Sci-Fi Movies of All Time Stage Musicals That Would Make Great Movies 5.7k VOTES List of Broadway shows and stage musicals that should be adapted into movies. With the release of new film versions of popul...
#13 of 29 The Very Best Sung-Through Musicals 2.8k VOTES You may consider yourself a fan of musical theater, or musicals in general, but are you truly? While many of the most p...
#22 of 39 The Best Broadway Shows for Kids 4.3k VOTES   From tiny tots to high schoolers, kids of all ages will enjoy these great Broadway musicals. While many are running...
#4 of 49 The Best Grammy-Nominated Musical Theater Albums of the 1980s 270 VOTES From critically-acclaimed revivals to inventive new works, musical theater in the '80s had it all. These are the nominees ...
#12 of 53 The Best Cat Things 2.8k VOTES Do you like cats? How about Kats? Like maybe an Everdeen or a Denning? Or maybe you like Catwoman, but also the old cartoon ...
#5 of 17 The Best Musicals by Andrew Lloyd Webber 2.1k VOTES The best Andrew Lloyd Webber musicals can transport audiences to another place and time, as they follow along with the thril...

Cats is also found on...