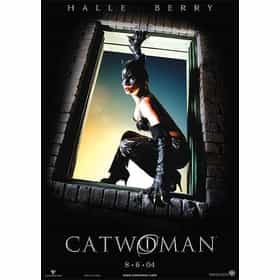 Catwoman is a 2004 American superhero film directed by Pitof Comar and stars Halle Berry, Sharon Stone, Benjamin Bratt, Lambert Wilson, Frances Conroy and Alex Borstein. The film is loosely based on the DC Comics character of the same name, who is traditionally an anti-heroine and love interest of the superhero Batman. The film was panned by film critics due its poor acting, directing and divergence from the source material, with some regarding it as one of the worst films ever made. The film was also not received well, grossing only $82 million on a $100 million production budget. The plot features a completely new character, Patience Phillips, taking the Catwoman name. ... more on Wikipedia

Catwoman is ranked on...

Catwoman is also found on...