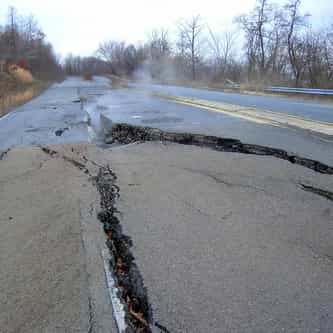 Centralia is a borough and a near-ghost town in Columbia County, Pennsylvania, United States. Its population has dwindled from over 1,000 residents in 1981 to 7 in 2013 as a result of the Centralia mine fire that has been burning beneath the borough since 1962. Centralia is the least-populated municipality in Pennsylvania. Centralia is part of the Bloomsburg-Berwick micropolitan area. The borough is completely surrounded by Conyngham Township. All properties in the borough were claimed ... more on Wikipedia

Centralia IS LISTED ON

#1 of 20
467.8k VOTES The Weirdest Small Towns In The United States
#3 of 38
7.8k VOTES America's Coolest Ghost Towns
11.3k VIEWS These US Towns Are So Toxic And Polluted, It's Dangerous To Live In Them

examples of bad music contracts, best fly fishing in us, horror based on true story, best wii u party games, northrop grumman wiki, countries that are hot all year, historic buildings in long beach ca, smooth jazz artists, most beautiful places to live in the us, can you survive a 70 mph crash