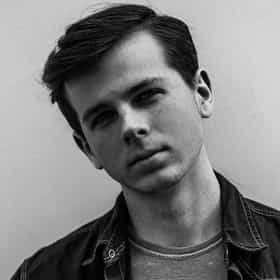 Chandler Riggs (born June 27, 1999) is an American actor and DJ, known for his regular role as Carl Grimes on the AMC horror-drama television series The Walking Dead from 2010 to 2018. For his work on the series, Riggs won three Saturn Awards from five nominations and a Young Artist Award from three nominations. Riggs has appeared in the films Get Low (2009), Mercy (2014), and Keep Watching (2017). In late 2017, Riggs started releasing electronic music under his stage name, Eclipse. In early 2019, he began recurring on the ABC drama series A Million Little Things. ... more on Wikipedia

Chandler Riggs is ranked on...

#123 of 153 The Hottest Men Of 2018, Ranked 339.9k VOTES UPDATED: Check out the hottest celebrity men of 2019! Here are the most handsome men who won our hearts in 2018. Feat...
#14 of 14 You Need to See These Yearbook Photos of the Cast of The Walking Dead 58.1k VOTES This is the moment all you zombie lovers out there have been waiting for! If you love The Walking Dead, then you'll def...
What The Cast Of 'The Walking Dead' Thinks About The Series 6.5k VIEWS The Walking Dead has been going strong since Halloween 2010, although the narrative has changed significantly since the...
Famous Cancer Male Celebrities 25.3k VIEWS Known for their creativeness and sensitivity, it's no wonder there are so many famous Cancer men. Those born under the sign ...
#15 of 20 The Best The Walking Dead Actors 969 VOTES When it comes to bringing those delightfully creepy chills year after year, no one does it better than the actors on The Wal...
#7 of 33 The Best Celebrity Streamers On Twitch 3.3k VOTES Wondering which celebrities stream on Twitch? Here is a list of celebrities who have Twitch channels, including celebs who a...
Celebrities Turning 21 In 2020 421 VIEWS Pop the bubbly! Joining the list of celebrities that are 21 in 2020 are actresses Joey King, Sabrina Carpenter, and Hun...

Chandler Riggs is also found on...